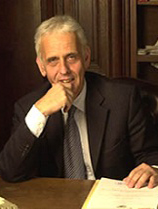 Dr. MAROSI András graduated in 1977 from the Faculty of Law and Political Sciences of Eötvös Loránd University of Science, following which he was employed in public administration; first at the V. District of Budapest, then at metropolitan level, where he continued to work until 1989. Mr. Marosi is an attorney since 1990, and a founding member of our law firm. He benefits from his experience gained in the public administration during the legal representation of municipalities and various Governmental organisations as well. His special field of expertise also includes real property development and investment, building construction matters  inland investments of foreign entities, competition law cases, tax administration procedures, and other issues of economic law. 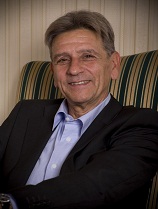 Dr. BÁRD P. Károly graduated in 1975 at the Faculty of Law and Political Sciences of Budapest Eötvös Loránd University of Sciences. Between 1978 and 1981, Mr. Bárd completed the Complementary Course of Sociology of Eötvös Loránd University of Sciences, Faculty of Arts. From 1975 until 1990 Mr. Bárd was a lecturer at ELTE Faculty of Law, Department of Criminal Procedure. In 1986, he was awarded the title of candidate in law and political sciences. In 1984 and 1985 Mr. Bárd worked in Vienna and Helsinki as an expert for the UN. From 1987 practised law in Németh-Békés-Vékás Law Office until 1990, when he was appointed Vice Minister of Justice. Between 1990 and 1997 he acted as vice secretary of the Ministry of Justice in charge of international law, humanitarian law, mercy pleas and codification of criminal law. After completing his work with the Government, Mr. Bárd joined the Budapest Bar Association once again and in 2000 joined Marosi, Préda & Partner Law Firm. From 1997 to 2000 he was the Director of Science at the Institute of Constitution and Legal Policy in Budapest, and since 2000 has been a professor in charge of Human Rights Programme of the Central European University (CEU) accredited in the State of New York and in Hungary as well. Between 2007 and 2011 he was the deputy rector at the CEU in charge of Hungarian and EU affairs. Between 2000 and 2005 Mr. Bárd was the head of department of criminal law at ELTE Faculty of Law. Mr. Bárd works with numerous international organisations and since 1993, he is a member of the advisory board of the UN European Institute of Crime Prevention, and was vice secretary general of International Association of Criminal Law (AIDP) between 1999 and 2004